Brewing
Brewing Yeast
Back
Dry brewing yeast typically contains less than 7% water. Stringent quality standards are applied during manufacturing to avoid microbial contamination. The remarkable stability of dry yeast allows for significant QC testing in order to ensure less than 1 bacterium or wild yeast cell detected per million cells of brewing yeast. For most strains, 1g of dry yeast contains a minimum of 5 billion viable cells, but the number will vary slightly from batch to batch.
Dry yeast is packaged under vacuum in 500g packs or 11g sachets and must be stored dry, below 4°C (39°F). Exposure to humidity and oxygen will affect the viability and vitality of the yeast. Do not use soft packs or sachets that appear to have lost their vacuum. Once a pack or sachet is open, use immediately for best results. If kept sealed (or re-sealed) under vacuum and stored under appropriate conditions, dry yeast can be used until the indicated expiration date, which is typically 2-3 years after manufacture.
Click here to download our Rehydration Guide

Upon rehydration, dry cell membranes undergo a transition from gel to liquid crystal phase. Rehydration in sterile water is recommended prior to pitching into wort in order to reduce stress on the cell as it transitions from dry
to liquid form. Proper rehydration of dry yeast will produce a highly viable and vital liquid slurry.
The following effects have been observed with nonrehydrated yeast under specific brewing conditions:
 Longer diacetyl stand
 Longer fermentation time
 Longer lag phase
 Stuck fermentation
 Poor utilization of maltotriose

FOUR IMPORTANT FACTORS TO CONSIDER DURING REHYDRATION 1. MEDIA TYPE
Rehydration in undiluted wort causes osmotic stress to the yeast. Sterile water should be used for rehydration, but distilled water should be avoided. 2. TEMPERATURE
The ideal rehydration temperature is different for ale and lager strains. Ale strains should be rehydrated at 30-35°C (86-95°F), whereas lager strains should be rehydrated at 25-30°C (77-86°F). 3. TIME
The rehydration period should be between 20-60 minutes. A decrease in viability and vitality will result from extended storage periods after rehydration. Once rehydrated, the yeast can be pitched into wort. To avoid shocking the yeast, the temperature of the yeast should be reduced gradually to within 10°C (18°F) of the wort temperature. This can be achieved through additions of small volumes of wort to the rehydrated yeast slurry. 4. SANITATION
Care should be taken to avoid contamination during rehydration. The rehydration vessel should be autoclaved or sanitized before use. The outside of the yeast pack and the scissors/knife should be soaked in sanitizing solution prior to opening. 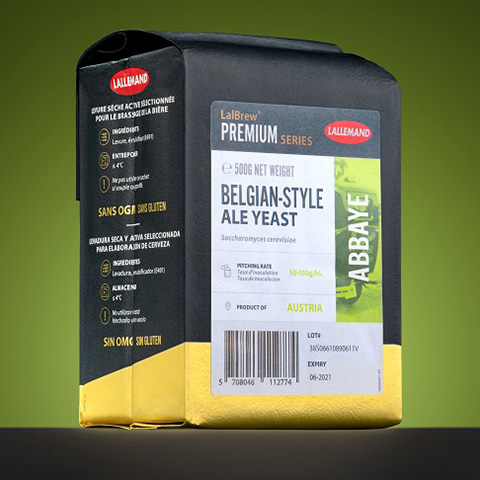 LALBREW® ABBAYE BELGIAN ALE YEAST
LalBrew® Abbaye is an ale yeast of Belgian origin. Selected for its ability to ferment Belgian style beers ranging from low to high alcohol, LalBrew® Abbaye produces the spiciness and fruitiness typical of Belgian and Trappist style ales. When fermented at higher temperatures, typical flavors and aromas include tropical, spicy and banana. At lower temperatures, LalBrew® Abbaye produces darker fruit aromas and flavors of raisin, date, and fig. Traditional styles brewed with this yeast include but are not limited to Belgian White, Belgian Blonde, Belgian Golden, Dubbel, Tripel, and Quad. 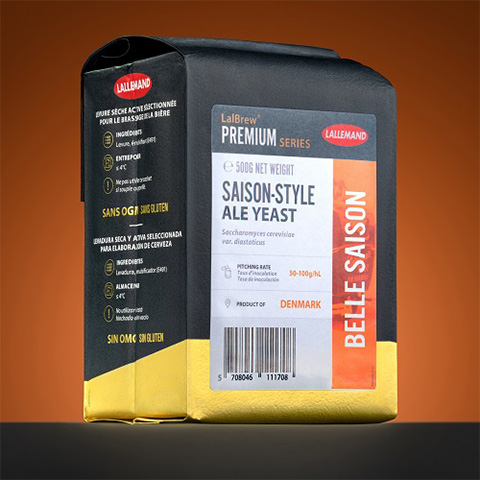 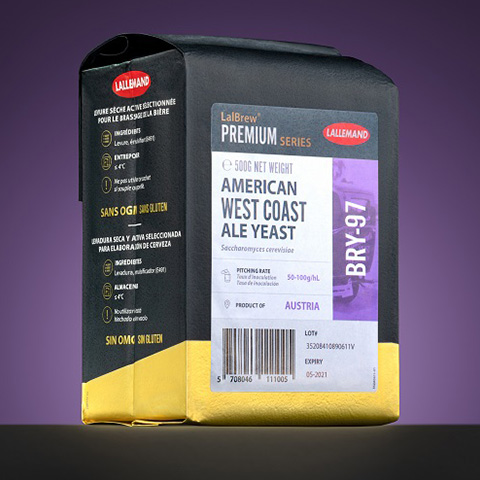 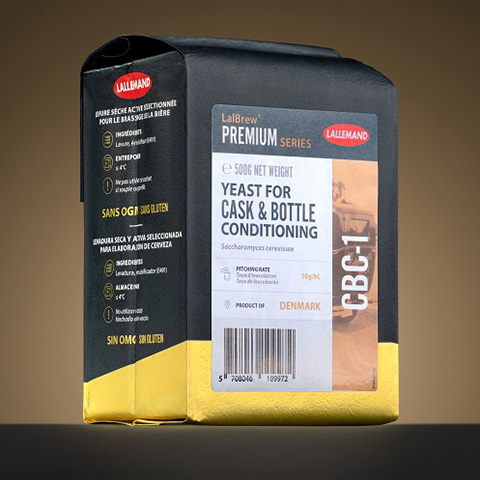 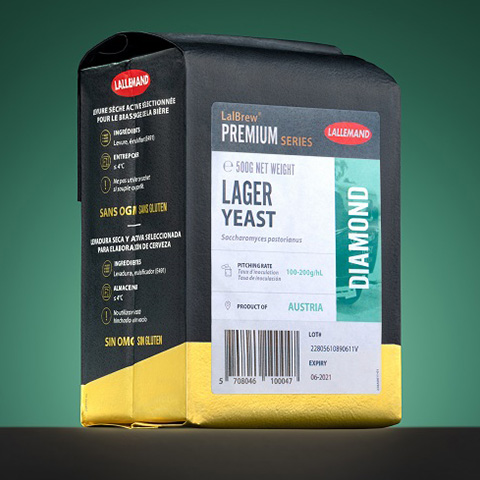 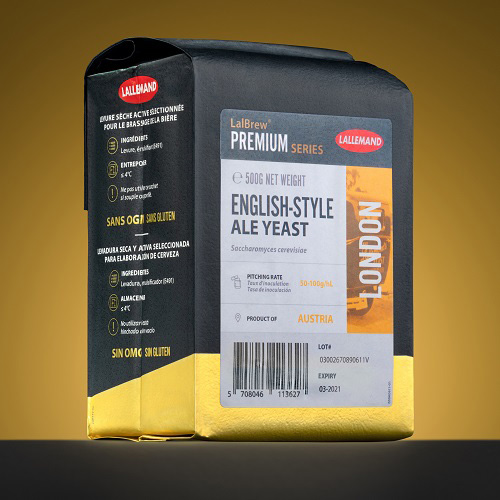 LALBREW® LONDON ENGLISH-STYLE ALE YEAST
LalBrew® London is a true English ale strain selected for reliable fermentation performance and moderate ester production that lets the flavors and aromas of malt and hops shine through. LalBrew® London was selected from the Lallemand yeast culture library, and is an excellent choice not only for brewing Extra Special Bitter but for other authentic heritage UK styles like Pale Ale, Bitter and Mild. LalBrew® London may also be used in the production of Ciders. 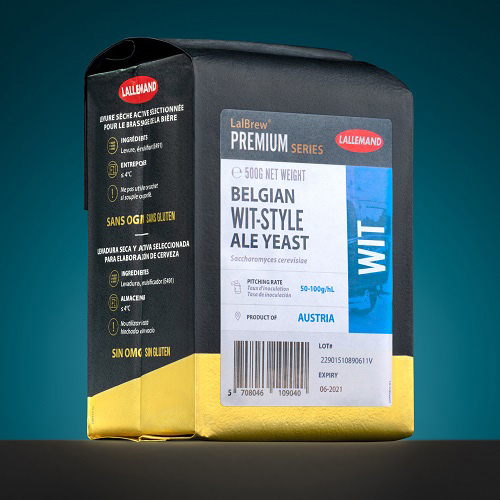 LALBREW® WIT BELGIAN WIT-STYLE ALE YEAST
LalBrew® Wit yeast is a relatively neutral strain which can be used to produce a wide variety of wheat beer styles. Ester and phenol production is lower than for traditional hefeweizen strains such as Munich Classic. LalBrew® Wit provides a baseline profile of banana and spice aromas, but leaves space for the brewer to showcase other spice additions typical of Belgian style beers. Traditional styles brewed with this yeast include but are not limited to Belgian Witbier, American Wheat, Berliner Weiss, Gose, Hefeweizen, Dunkelweis, and Weizenbock. 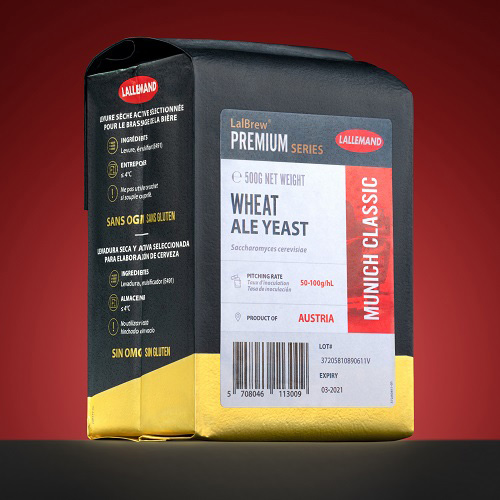 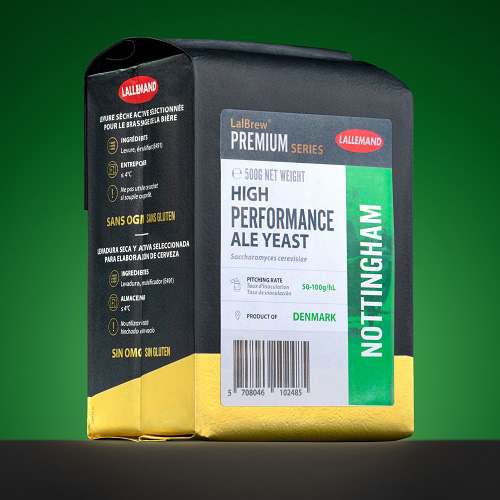 LALBREW® NOTTINGHAM HIGH PERFORMANCE ALE YEAST
LalBrew® Nottingham is an English style ale yeast selected for its high performance and versatility for a wide variety of styles and fermentation conditions. Traditional styles brewed with this yeast include but are not limited to Pale Ales, Ambers, Porters, Stouts and Barleywines. In addition to these traditional styles, Nottingham can be used to produce Golden Ale, Kölsch, Lager-style beers, IPA, and Imperial Stout, among many others. LalBrew® Nottingham is a relatively neutral ale strain that is stress tolerant making it a good choice for high gravity, sour and other challenging fermentation conditions. 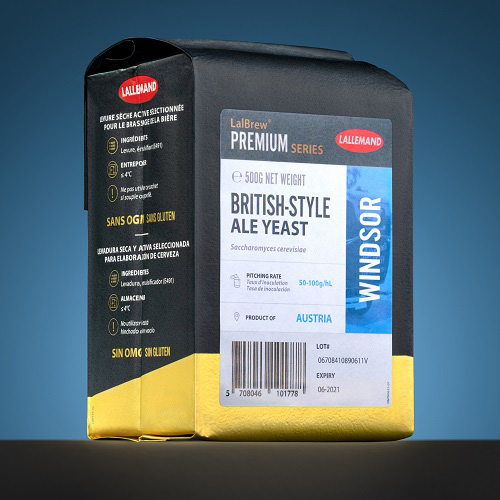 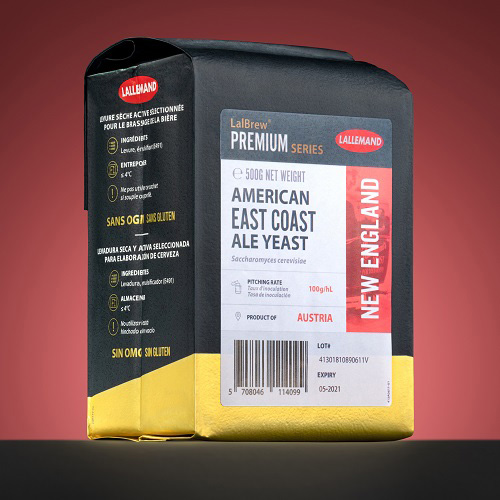 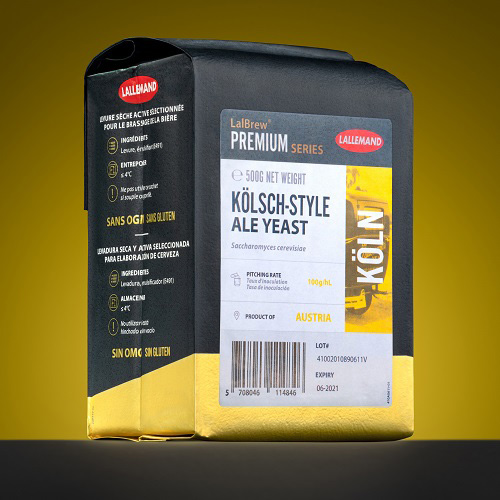 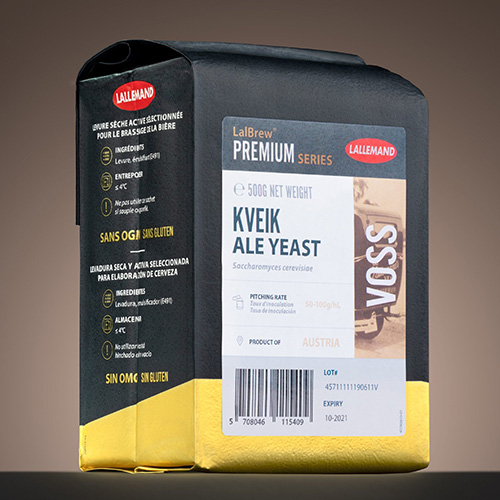 LALBREW® VOSS KVEIK ALE YEAST
Kveik is a Norwegian word meaning yeast. In the Norwegian farmhouse tradition, kveik was preserved by drying and passed from generation to generation. Kveik is the original, traditional dried yeast! The LalBrew® Voss strain was obtained from Sigmund Gjernes (Voss, Norway), who has maintained this culture using traditional methods since the 1980s and generously shared it with the wider brewing community. LalBrew® Voss supports a wide range of fermentation temperatures between 25-40°C (77-104°F) with a very high optimal range of 35-40°C (95-104°F). Very fast fermentations are achieved within the optimal temperature range with full attenuation typically achieved within 2-3 days. The flavor profile is consistent across the entire temperature range: neutral with subtle fruity notes of orange and citrus. Flocculation is very high producing clear beers without filtration or use of process aids. 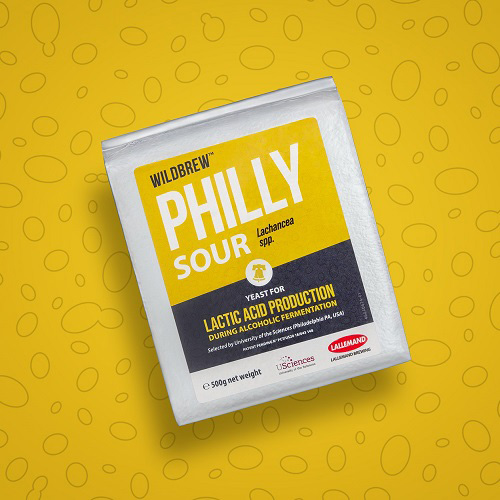 WILDBREW PHILLY SOUR
WildBrew Philly Sour is a unique species of Lachancea selected from nature by University of the Sciences in Philadelphia, PA, USA. 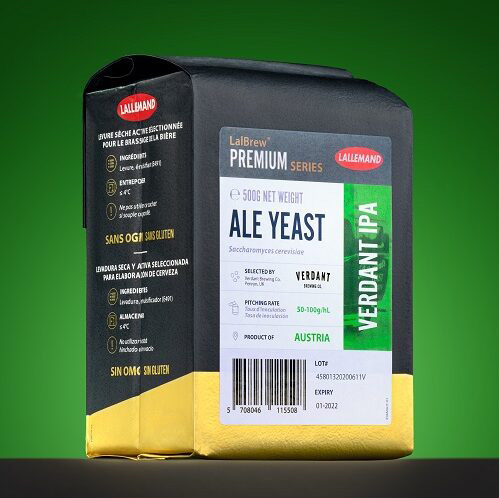